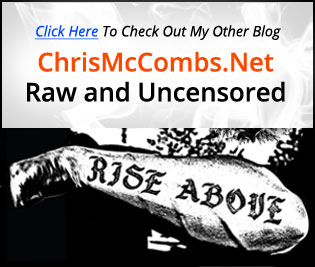 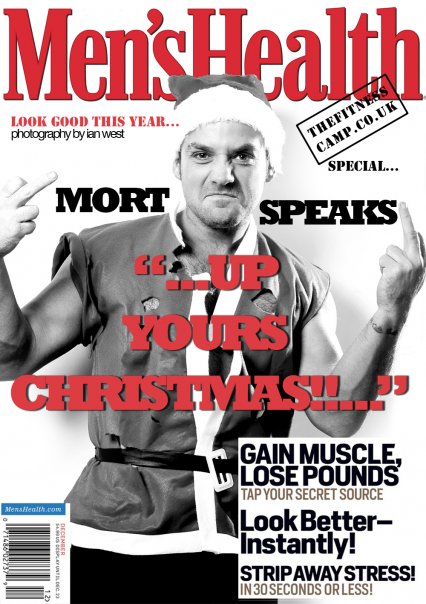 But ‘Leap of Faith’ would have been waaaay to boring a title for Big Chris’s Bad-Ass Blog.

Let me tell you straight up “Tomorrow” is the envelope with the winning lottery numbers in it, that’s in the mail.

I have a buddy in the fitness industry who’s been talking this same old shit for 8 years.

I won’t name him, he’ll know I am talking about him when he reads this!… Let’s
call him “Jack”!

Anyway Jack, has been to pretty much EVERY course I’ve done, signed up to EVERY business coaching program I’ve been on.

It’s like the dude has been stalking me fort he last 9 years! (who could blame him I am a cool mo-fo)

BUT Jack is STILL a part time coach, fitting training around his ‘day-job’

What’s mad is he now comes to my events and signs up to my coaching products!

We’ve invested the same amount of money. Had access to the same resources. Started from the same circumstances, (although Jack is based in a MUCH more affluent town, I’m from the 2nd poorest town in the UK)

He’s wondering where the next client is coming from.

He’s wondering if tonight is the night that only 2 clients show up for class, (I’ve got another story on that for later…)

I don’t want to blow smoke up my own ass but in case you know fuck all about me, I’m 32 and almost retired, built a business from scratch and sold it and now live in Spain.

I actually think that Jack is a smarter than average dude…

Meaning, quite simply I’ve HUSTLED. I’ve APPLIED what I’ve learnt on these courses and put them into ACTION.

I’ve literally busted my ass more than they were willing to.

Thing is, Jack probably works hard, BUT on the wrong shit.

Answering countless emails. Working on their own websites (WTF??), doing their accounts, pissing around on Facebook watching what the other trainers are doing.

Actually GETTING clients, then getting awesome results.

More Excuses Than a Pregnant Nun and Lance Armstrong Combined

Listen, I’m here to get straight up in your grill my friend.

At some point or other you have to ‘go pro’. You have to stop being a part time, amateur in this business of fitness.

“Turning pro is like kicking a drug habit or stopping drinking. It’s a decision
to which we must re-commit very day” Steven Pressfield

How can you do that when you’re surrounded by booze and bags of weed?

In other words- you have to grow a huge set of cahoonas.

To be a success in this amazing profession of ours you need to EAT, SLEEP, BREATH AND SHIT fitness and the business of fitness.

You got bills and a mortgage? I get that.

Listen, there are WAY too many examples of people being successful when they DIVE IN HEADFIRST with this stuff instead of just DIPPING THEIR TOE Into the water.

The only person stopping you is YOU!

and this GOLD that is now ETCHED into my brain

“When we turn pro, we give up a life that we may have become extremely comfortable with. We give up a self that we have come to identify with and to call our own”

Honestly, if you’re running to clients straight from your office job and having to explain you got held up in a meeting about which stationary you should have next year… How do you think they see you?

Here are a few example of people who’ve decided to take Dive in that pool and swim for their fucking lives.

(Remember you don’t drown by diving in, you drown by not trying to swim once you get in)

My buddy Tim Megginson was exhausted doing 50 hours a week of 1-1 Personal training but saw the power in leveraging his time with group training. After A LOT of ‘prodding and pushing’ from myself he finally took the leap of faith

Angela Ross was teaching 28 classes a week in health clubs. Her body was a mess as was her income. She took the leap of faith and only teaches 1 group now whilst her staff do the rest!

Fuck, Big Chris Jumped head first into that awesome shit he writes over on his other blog ChrisMcCombs.Net !

So when will YOU turn pro?

Only you can decide.

That waters waiting for you to dive in my friend.

Take the fucking armbands off and go do it. 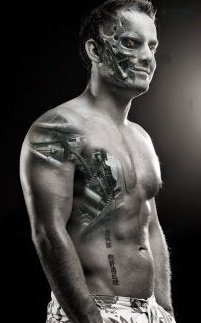 First of all- you need to decide whether you’re ready to IMMERSE yourself fully in fitness. I mean 24/7 commitment here. Not just ‘trying’ to be a success. DECIDE that you want this more than anything else.

Set a date for you full immersion. In other words HAND YOUR NOTICE IN.

Yes I understand you have kids to feed, a mortgage to pay and debts. I’ve been there but at some point you need to commit fully. Or stay stuck in the misery of your day job – if its that bad.

Dax Moy taught me this a LONG time ago. You’re probably wasting a lot of money right now. Although I’m not like Scrooge McDuck now this helped me IMMENSELY when I took the leap of faith.

For 1 month write down EVERY penny you spend, that includes cash, coins, bills, card payments, direct debits whatever.

Do you really need that book or do you have others you need to read first?

Do you honestly need another DVD?

Do you honestly need to buy another expensive PDF from a ‘guru’ that you either don’t even read or that teaches you jack shit that you didn’t already know?

Cut out the shit you’re wasting money on.

DO NOT sit behind your laptop expecting clients to show up at your door.

Go out and f*cking get them

For having the balls to take your life by the scruff of the neck.

BTW, be sure to check out my brand new Fitness Camp Starter Kit Program HERE

With the Fitness Camp Starter Kit…

You Don’t Need – a massive advertising budget, with this system you don’t need to spend anything, apart from your investment in the program

You Don’t Need – to be a marketing genius, I’ll show you the stuff that works, why it works and how to replicate it for your own business

You Don’t Need – to own a massive email list (many trainers don’t even have one in the first place, which is why I’ll be showing you the right way to build a list from scratch

You Don’t Need – to build an empire. Really I’ve been there with multiple franchises and licenses, all meaning one thing… headache!

You Don’t Need – to SHOUT REALLY LOUD ON FACEBOOK EVERY DAY 🙂 that kind of marketing wore thin 3 years ago!

You Don’t Need – to have a boat load of qualifications and letters behind your name, I have only two school grades to my name, but a willingness to hustle and get down to learning the stuff that makes a difference

You Don’t Need – to ever announce “my bootcamp starts on Monday” every time you want to fill your camps… There are way more effective and sustainable ways to drive newly qualified leads to your business every day of the week.

Paul Mort is a serial entrepreneur, creator of The Fitness Camp Starter Kit, a full time super dad and part time fitness professional. He also like to think he’s a bad ass.

After selling up his own business in the UK and moving to Spain to ‘retire’, he teaches Bootcamp owners how to make more money without selling their souls and becoming full time admin people.

About the Author Big Chris McCombs

Big Chris McCombs helps coaches, personal trainers, fitness gurus, gym owners, and entrepreneurs who are the face of their business build cults of devout clients and customers who pay, stay, and refer